Why do we need photographs if we have our naked eyes? 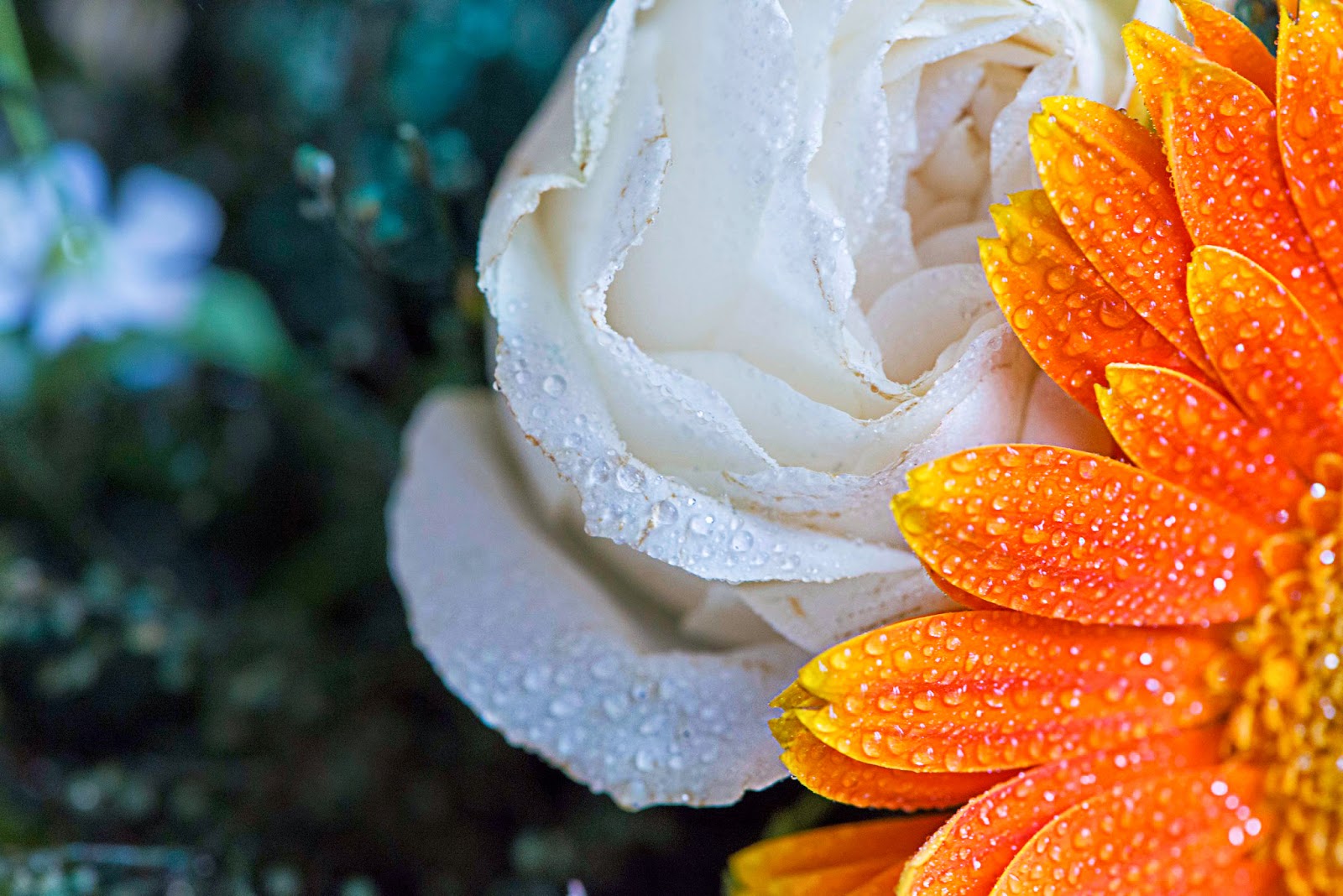 Have you ever pondered on why we humans always believe in capturing what our eyes see?  Let’s take a swim in the ocean of thoughts today and take a deeper look at photography as a need.

Imagine a day when you decide not to take your camera out for any sort of clicks. It’s not that difficult, infact you will be able to enjoy the sight with your naked eyes without the hurry to click what the eyes behold. Take time, see for longer and experience the sight without any sort of distractions. But, what after that? That’s where more questions arise….Will you be able to share what you felt on that very moment, will your eyes retain the evidence of what they saw, will you be able to describe what you felt at that very instant so on and so forth. The questions are endless with just one answer Photography!

Photographs are the ultimate way to capture the stillness that we rarely see in life’s haste.  So, it is nothing less than a therapy for all of us. Now, everyone have their own reasons to take that click but all of us connect with one that is “to capture the moment and have it with us forever.”  But, photographs and this art embrace much more to it than just this.

Photography is a creative outlet. Anyone can push the button on a camera, and point it at something they think looks cool. It’s honestly that simple to be creative.  But, there is actually a lot more to photography than just pointing the camera at something and pressing the button. That’s where you start. Learning to become a great photographer is a challenge. A photographer will always be learning something new, explore new directions, or face new challenges. And that’s a good thing! This is a pursuit that you will never be bored with.

Photos are the best forms of expression and is ever-changing as an individual changes. This is also a fantastic story-telling medium. Whether you’re telling a story with one image, a sequence, a series, or an entire portfolio, the possibilities are endless. Just ask yourself what story you want to tell, and photography can get you there.

Healing, therapy, meditation – photography can be all of these. There are literally infinite possible photographic subjects. Therefore, nurture all the beauty, joy, love, connection, variety, history, adventure, movement, emotion, and awesomeness that makes up life and how would do that? Get out there and experience it?? With just a camera in hand…….The Indian Institute ofPhotography- IIP can also act as your friend and guide to this beautiful art and help you cherish photography forever.

Photography courses- We know what you would do this summer!

Do you spend your summer watching a sitcom or playing video games or complaining of boredom every year?

Don’t you want to find something captivating, knowledgeable, fun, all at the same time?

Then this workshop is just for you- Noida Photography Festival 2014 by Indian Institute of Photography!
Instead of getting sunburned this season, you can now invest your time mastering the art of photography, this summer break!
This summer, nurture your passion, share your experience, showcase your talent and learn more about photography from the experts. Through this workshop, you would learn about the various aspects of photography, you will get a chance to meet international photographers, work with the honchos and also you would get a platform to showcase your talent.
IIP believes in celebrating and exhibiting your artistic work while recognizing and rewarding your creative talent.

As we all know that photography reaches beyond language, so if you’re an enthusiastic beginner or a professional expert, get ready to polish your photography skills and go beyond the ordinary. Celebrate the passion you couldn't relish because of your jam-packed routine. Come take a photo-break!
Posted by Unknown at 14:05 No comments:

Learn Photography- Now have a studio at your home!

Setting it up
In comparison to other lighting setups, Rembrandt lighting is the simplest and fastest. The lighting effect can be achieved with the help of a single light source and a reflector. The key light source is placed in a manner where it illuminates one side of the person’s face and is placed at a 45 degree angle. Then a reflector is placed at half the height of the key light source, on the conflicting side.
Alternatively, a fill light can also be used to diffuse and soften the harsh shadow created on the other half of the face.
The characteristic triangular shape of light underneath the eye is created with the interaction of the main light source with the reflector. This creates an effect called chiaroscuro which leads to the formation of the geometric shape.

Getting it right
The key to this technique is getting the size & the position of the triangle right. It should be no longer than the nose and no wider than the eye.
Posted by Unknown at 14:04 No comments:

As the day descends, opportunities for colorful photographs glow. A night holds so many mysteries in its lap. When everyone is rushing towards their home from office, the photographers rush towards the streets and the sea coasts to get the commendable night shots. Why? Because the night photography can help you capture the darkening sky, neon signs, glowing radiates in the streets and many more astonishing shots in your camera. So just pick up your tripod, come out in night and get ready to click amazing shots.
1. Star trailing: it is possible to record stars moving in the night sky by leaving your camera’s shutter open for long enough. All you need is a clear night with lots of stars visible; you need to be away from the big city blues so that pollution doesn't spoil the shots. Use a compass to locate the pole star and include it in your shots so that the star trails record as concentric rings. Use your wide lens to capture the whole sky, wait until the stars are clearly visible, and then lock the shutter open using a remote release for an hour or two. Alternatively, try to use an interval timer and a lower ISO.
2. Cityscapes: Look out for a viewpoint over a hustle town/city and you can easily capture the stunning night shots because of so much detailing and colours. You can get awesome cityscapes from the roof of a tall building or from a hotel’s window or from the top of a multistory car park. Never forget setting your camera to Auto White Balance so that you smartly arrest a range of colours in your scene.
3. Traffic trails: Traffic trails, a classic night subject. The best time to click traffic trails is twilight and when roads are busy or roundabout. Set up your camera by the roadside and use exposures of 20-30 seconds to record lots of trails and allow cars to move through the frame.
4. Lighting Painting: when it comes to night photography, there are a lot of things that you can do. Painting with light can be one of the best techniques. An easy option to do so is to use powerful torch or a flashgun to illuminate a feature in the foreground of a scene, such as dock on a lake, or a statue or a monument against the night sky.
You can also try using sparkles to trace the outline of a person or the object.
Posted by Unknown at 13:22 No comments:

“What to do after class 12th? What are the best career options for me? Will it be the best suitable career option for me? What am I going to take as my profession?”
Are you fed up of finding answers to these never ending questions? Then, your search stops here!
Nowadays photography is more of a serious profession than just being a hobby or passion. Unlike 1960’s, photography has now curved out as one of the most hunted professions across the globe.
Photography is an effective medium of self-expression. It is that form of art which demands a sense of creativity as well as technical expertise. A person who has an increased appetite for photography or who discovers photography as his hobby then he can take it as his career option and can fruitfully venture into professional photography, make it very profitable at the same time.
In today’s world where media, communication and advertising industries are booming, photography has now become a serious profession with great marketable value. So, this area now offers great scope for those who have great interest and unique traits required to be a thorough professional.
Training in photography hones your intrinsic skills and helps you to outgrow in the field of photography with various specializations like photojournalism, commercial advertising photography, fashion photography, wildlife photography, outdoor photography, etc.
1. Photojournalism - Photojournalism is all about taking pictures of the newsworthy events. If you have a nose for news and you have that ability to discover and record various dramatic actions with your talent, then photojournalism is a good option for you! The job requires quickness, alertness and may often be carried on in terrifying situations.
2. Commercial Photography: This includes photographing for different commercial segments such as for individual products, machinery, home décor, etc. These pictures have commercial value added to them and are used for the purpose of advertising and selling.
3. Fashion photography: This is most profitable form of photography. Fashion photographers have an eye for detail and should have sufficient knowledge of fashion. These photographers cater to a variety of clients, export houses, fashion designers & brands, portfolios, fashion based magazines and newsletters, etc.
4. Wildlife Photography: What’s most important for a wildlife photographer is keen observation, an eye for detail, a lot of patience to get the required shot and love for nature, wildlife and adventure.
5. Travel photography – For those who love to travel and capture those exquisite locations, local people, food, emotions and all those memories in the camera, travel photography is THE perfect steal for them.
Posted by Unknown at 13:21 2 comments: